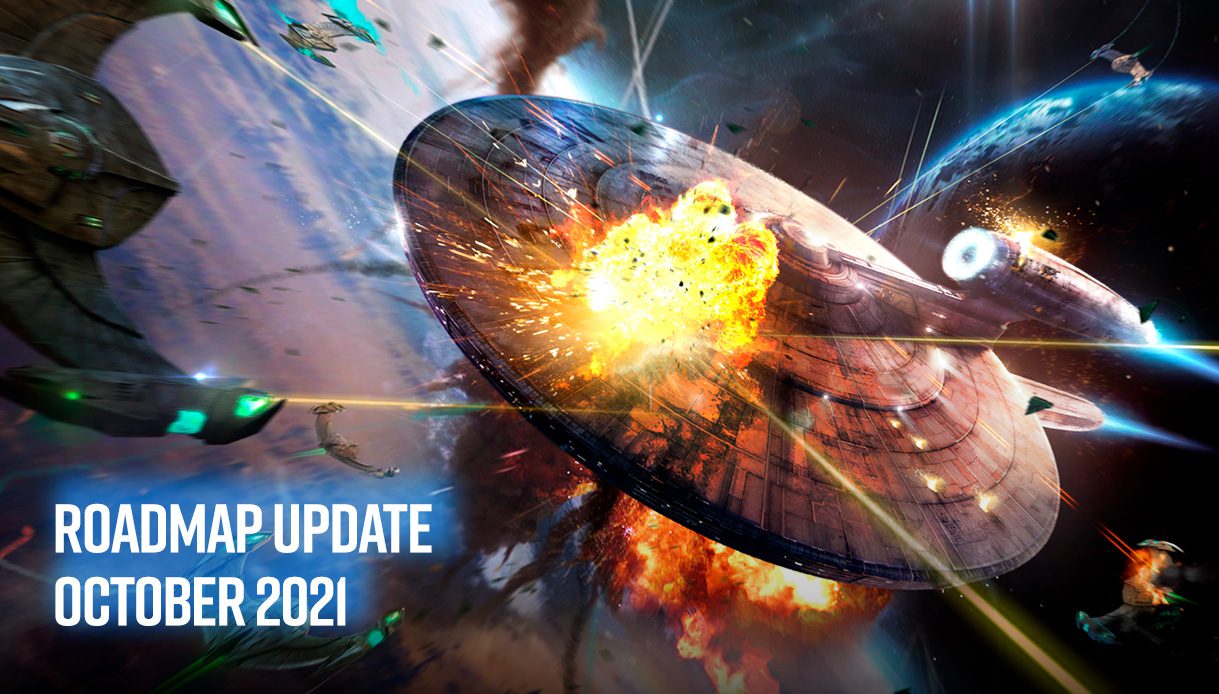 We’re excited to once again give you a look at some of the exciting content coming in 2021 and 2022.

Since our last roadmap update, we released Away Teams along with Traits during our latest arc. We have also launched the Second Research Queue, and we’ve made some improvements to G4 balancing.

Last but not least, the Exocomp Consumables were added in August, and we are looking forward to adding new ones based on your feedback and suggestions.

Now, let’s talk about the future. As always, details may change, as may the order and timing of their eventual release, but we hope you’ll enjoy another sneak peek into the future.

We appreciate the passion and time all of you put into the game, and we share your love for Star Trek and Star Trek Fleet Command!

We have recently launched the STFC Webstore, along with the PC version of Star Trek Fleet Command.

For the last year, we have been working hard on acquiring this technology and getting it  on these starships.

Starting soon, you will be able to equip cloaking devices on your ships and be invisible to the naked eye of your opponents!

After releasing the 2nd builder & 2nd researcher features, it made sense to also add the last part of this trio and introduce the 2nd repair queue. We are now working on adding a permanent Second Repair Queue, enabling you to have two simultaneous active ship repairs.

Many of you have been asking for this a long time, and with our officer roster crossing so many amazing officers, we are working on introducing officer presets to the game.

Officer presets will allow you to create and select specific crew loadouts to your ships, which will simplify your ship loadout management and allow faster and better rotations on deck!

Territory Capture allowed you and your Alliance to battle it out and gain control over a portion of the galaxy in your server.

We are looking to expand this capability and create some unique events across servers (or universes :D). This will allow you and your alliance to battle other players on different servers for either specific leaderboards or fully blown battles as you temporarily invade their inverse, or defend against their invasion into yours.

The possibilities for new events around this functionality are numerous, and we’re excited to explore them with you.

As our galaxy continues to expand, we’re excited to share more news with you in the coming months about upcoming additions to the game, like how you and your alliance will be able to explore Deep Space together! Keep your (big) ear lobes open!