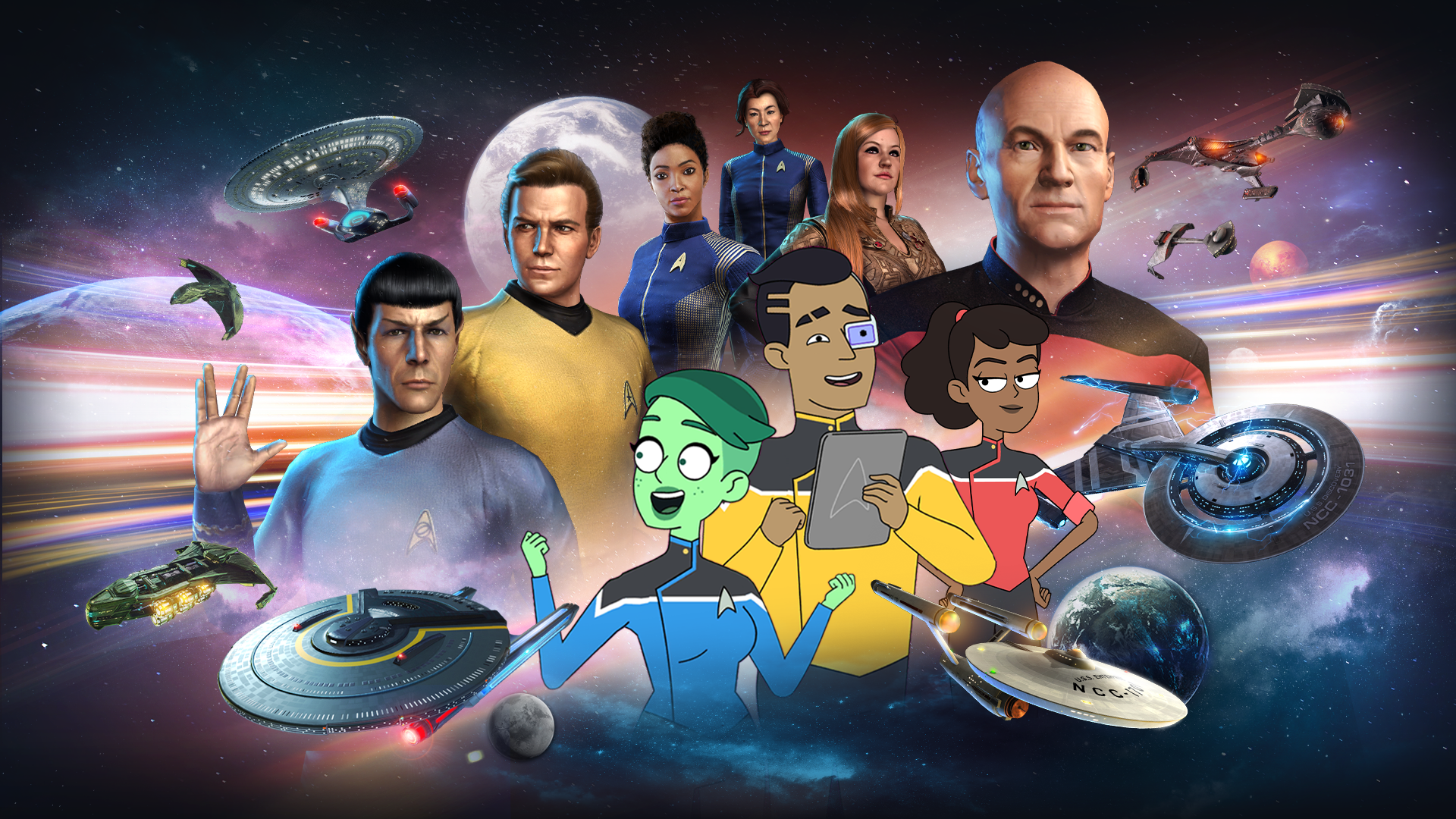 The Star Trek universe spreads far and wide with a massive system and a fabled history. Every Commander has had an unique journey that we’d like to focus on with this update. We’d like to welcome everyone to Star Trek Anthology. Over the next four weeks, Commanders will have unique story experiences each week related to The Original Series, The Next Generation, and Discovery. Complete events, collect event store currency, and claim the rewards you see most valuable. Last but not least, claim the latest Lower Decks officers, Rutherford and Tendi,  to round out your crew.

Two new refits will be introduced with this release. The S31 Discovery refit (Level 21+) will increase the Officers shards in Discovery Recruit Chest by 50%, and add Lorca to the pool of Officers. The Salvager refit (Level 39+) will increase the amount of D’vor Feesha Parts from the Concentrated Latinum Refinery by 100%.  It will also open new Latinum Refinery options to trade Feesha parts in for regular ship parts based on Feesha tier. Tier 1-9 will provide 4* Ship Parts and Tier 10-12 5* Ship parts. The Federation, Klingon, and Romulan factions are rewarding your loyalty with new vessels to help with your means of production. These ships are available from the faction store upon reaching operation level 58. The Syndicate Prime Node in the Galaxy research tree (level 27+) will double the amount of Syndicate XP gained from the free daily chest! Two new officers have warped into Star Trek Fleet Command, Tendi and Rutherford. These officers come with a Below Deck ability instead of a Captain Maneuver to support their assigned ship. Using them in the lower decks of a ship will provide great benefits and utility other officers may not have.

The Anthology update comes with new stories for each commander to experience from a different place in Star Trek History totaling 32 missions. Each week will focus on learning more about the crews from The Original Series, The Next Generation, and Discovery. For our Lower Deck fans, new missions will be obtainable in the latest battle pass.

God Complex (level 10+) The Cerritos has the great honor of undertaking one of Starfleet’s most exciting tasks… A routine geological survey! During this, um… extremely important mission, Ransom inadvertently sends the crew into a battle for their very lives, as the Cerritos is pulled into the center of a hollow planet!

Scapegoats (level 25+) The Lower Decks crew finally gets to take some shore leave, their vacation doesn’t last long. An old flame of Mariner’s promises an easy paycheck for some less than legal work, but the crew will discover that there’s more to this than meets the eye.

Innominate  (level 51+) The Enterprise encounters one of its strangest enemies yet, a megalomaniac AI with aspirations of godhood! Kirk will need every bit of his wit and creativity to guide his crew out of danger this time.

In Times of Trouble  (level 25+) The Enterprise responds to Romulan aggression at the Federation border. Outnumbered and outgunned, Kirk will need to think fast to save the day.

Discovery Swings and Roundabouts  (level 35+) The Discovery has suffered a critical malfunction and is stuck in an endless cycle of jumps! They will need the assistance of the Commander to solve this quantum mystery and save them from the mycelial network.

Hustle Culture  (level 25+) Witness the origin story of Quark, everyone’s favorite space capitalist, as he makes his humble beginnings in the casino industry.

Unearthed  (level 40+) The Enterprise crew makes a startling historical discovery that threatens to unravel the fabrics of Klingon society.